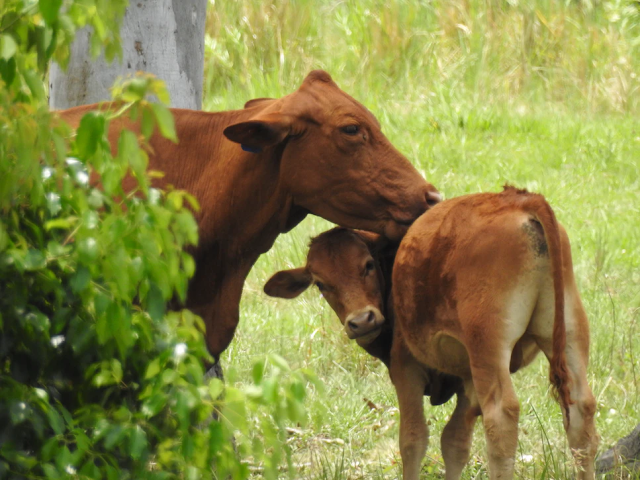 Earlier today around 10 AM MST a cow had escaped from Lenz Farm, a ranch located nearby Coalhurst in Shawsburg County. After breaking out of its pen at the Lenz Farm the cow followed the Alberta 25 for roughly a kilometre until it reached the rail and decided to follow that instead. The cow followed the rail line for an additional 3 kilometres before it reached the outskirts of Coalhurst.
Several good samaritans attempted to intercept the bovine after it had been spotted, but it avoided them and escaped further. These Samaritans searched Miner’s Park for the cow, but could not locate the animal. The search party then returned home, thinking that they had lost track of the cow. However, they spotted it in a citizen’s yard, and some members of the search party went up the Kipp Highway to catch the cow on the other side. A standoff with the cow ensued while the party called for assistance and got into contact with the owner of the bovine.
The cow attempted to flee once again, after charging at one member of the search crew, nearly injuring him, and was almost hit by a large truck on the Kipp Highway. Eventually the cow continued its escape into a farmer’s field and then was captured by the cow’s owner. The cow saw a safe return back to Lenz Farm. During the entire chase the cow traveled roughly 7.3 kilometers.

June 21, 2021
It is unsurprising to find it cumbersome skimming through lines of resolute words affirming freedom or emancipation from judgement through living with your own culture shamelessly. This value is highly visible in bulletin boards, bickering news channels, the sixteenth page of your passport, and Charlotte’s Web. Albeit this respectable regard in spontaneity, it cannot be further stressed that words, especially these, almost always remain as words on paper. Read and forgotten. At the outset of Canada and West Canada, conflict was inevitable. There was hunger for territory and power. For what reason? Influence and comfort. Some would even say it was only for the better good as if there is a superior tradition. With all that said, stating liberation as an abstract for dominance is not enough. Case in point, Louis Riel, a household name for us Canadians, led a difficult life at the helm of the Métis. It has been classically considered as fine nature to be capable in spotting and acknow
Post a Comment
Read more